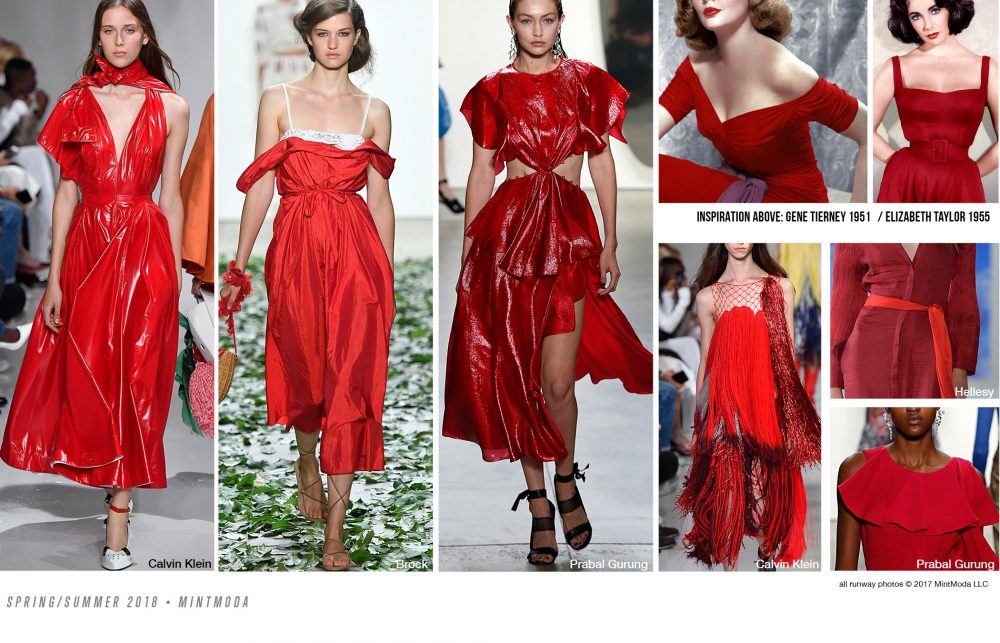 In the 1938 film Jezebel, Bette Davis’ rebellious southern belle character chooses to wear a red dress to the ball. Even in the film’s black-and-white, the rich gray created by the gown’s scarlet satin stands out against the sea of virginal white confections, and manages to shock polite society as well as alienate our heroine’s handsome fiance (played by Henry Fonda). All that to say there is power in the red dress, especially the ones on this season’s New York runways. While classic Hollywood may have provided inspiration for the plunging V’s and midi-lengths, the new fiery frocks are shiny, sumptuous and slithery, with asymmetric necklines or button-and-loop openings that give the dresses the feel of being caught in a moment of dishabille.